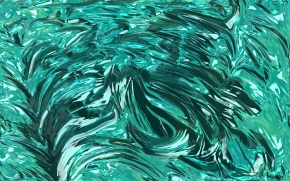 The last couple of weeks we have been working with Gratitude in Telos and the overview of the first seven cities.  Within that time we experienced the 11-11-11 frequencies onto the Earth which have shifted each of us in different ways.  We are learning that we need to take care of our physical vehicles by accessing our cellular memories fully so that all elements can be released and new ones embraced preparing us for our destinies as our Higher Self’s are now in full charge of the creation of our lives.

So now that we are being transformed, many are having a difficult time in areas that they thought would already by healed.  It is a big process activating our light bodies within the physical and this is a feat that none of us have done previously.  We are now moving into the Higher Rays accessing the Higher Golden Cities which will help us to understand how to incorporate the Rays and allow the frequencies to be our guidepost from this point forward.  Each of these cities is being presented as a indicator or what can be.  The first seven cities represented the first seven Rays of God and it is easier to access these physically as our souls are aligned with them.  The next levels will be quite different so it may be a bit challenging to interpret them.  All that is asked of us during this process is to fully be in our Highest Presence as this is our new state of conditioning upo

Tonight we will be traveling to the City of Tamarinaqea over British Columbia, Canada.  This is known as the City of Resurrection and Recreation.  It is represented by the color of Sea-Foam Green of the 8th Ray of Higher Cleansing of the subconscious mind.  Lady Isis is the overlighting Master with Archangel Ramiel, Representing Hope and Clarity.

Lady Isis is considered the representative of the Feminine Divine as her life was as protector and nurturer.  She was friend to many souls; slaves, sinners and the downtrodden as she listened to the prayers of the wealthy, maidens, and high rulers of the land.

Excerpted from:  Wikipedia.org:  The Goddess Isis (mother of Horus) was the first daughter of Geb, God of the Earth, and Nut, the goddess of the Overarching Sky, and was born on the fourth intercalary day. At some time Isis and Hathor had the same headdress. In later myths about Isis, she had a brother, Osiris, who became her husband, and she then was said to have conceived Horus.  Isis was instrumental in the resurrection of Osiris when he was murdered by Set.  Her magical skills restored his body to life after she gathered the body parts that had been strewn about the earth by Set.[2]  This myth became very important in later Egyptian religious beliefs.

Isis is also known as protector of the dead and Goddess of children from whom all beginnings arose. In later times, the ancient Egyptians believed that the Nile River flooded every year because of her tears of sorrow for her dead husband, Osiris.  This occurrence of his death and rebirth was relived each year through rituals.  The worship of Isis eventually spread throughout the Greco-Roman world, continuing until the suppression of paganism in the Christian era.

The Higher Rays represent frequencies more than specific attributes but we will give a short overview of this Ray to get a better concept in how to access and utilize it for your highest purpose.

Attributes of the 8th Ray of Higher Cleansing

Aspect: Good for cleansing the subconscious mind.  It helps to raise one to a higher vibrational level and frequency.  It integrates with the 8th chakra representing the Seat of the Soul.  The Seat of the Soul is located between the Heart and Throat chakras, commonly known as the Thymus Chakra.  This chakra allows the integration of the Higher Self between the Soul Star and Earth Star to occur.  This is where spiritual wisdom will be fully integrated and allows the infusion of the DNA activation on a grander scale which creates higher level consciousness.

Virtues:  The ability to fully access all three minds as the subconscious starts to become very clear thereby, the conscious mind takes clear direction.  Resurrection occurs in this state of cleansing the subconscious as the information is then directly being integrated from the Super Conscious or Higher Self.

Virtues to be Acquired:  The ability to access the Higher Self especially during the resurrection phase; allowing the subconscious to release all the programming and elements that do not fit the full extension

We will work with Archangel Ramiel next week as he represents the Angel of Hope & Clarity.

Decree:  The City of Resurrection and Recreation

As I travel deeply within my own confines of my mind,

I truly ask for assistance to fully purge all areas that do not fit my Highest Good;

I am learning about the Golden Cities of Light;

I am now ready to embark upon the 4th dimensional chakra grid which represents the higher chakras,

I ask my Higher Self for assistance.

I am guided onto the next phase of my journey,

It takes me to the City of Tamarinaqea over British Columbia;

It represents restructuring your subconscious onto the Higher Mind.

I am excited and am greeted by Lady Isis and Archangel Ramiel,

They show me the Temple of Recreation with its beautiful reflection of many colors of light,

I see violet, green, blue all mixed in a luminosity of what is shown to me as Sea Foam Green

I feel this essence permeating my thoughts and see in front of me my Higher Self reflecting back onto me;

Let’s enter the Temple of Recreation together as we shall clear, remove and regenerate our physical being;”

I AM READY and I walk with my Higher Self onto my new Awakening,

I now see Hope and Clarity within me.

Travel with us as we learn about the Golden Cities of Light of Terra Christa on Wednesday Evenings at 5 PM, Pacific as Lord Adama is our guide along with the Team of Light.

Expert in Ascension Mastery 5D Body Healing & Attunement ~ Rev. Christine Mahlariessee Heliohah. As a Vibratory Ascension Master transmit required vibrations via voice communication, and energetics through their unique form of teaching. Rev. Mahlariessee (formerly spelled Meleriessee) is a 30-year trained Master in the accurate and correct development of Ascension Mastery having been ordained personally by Dr. Joshua David Stone (Master Joshua Stone). A Fully Integrated Transmitter of only the purest Divine Vibration to bring forth the highest frequencies currently available for humanity. Rev. Ara incorporates these elements to hold the grounding necessary for the transformational energies to be accessed upon Gaia. The energies act in unity to assist an individual realize the I AM presence and Higher Self within in ways not achieved through other forms of Spiritual practice or study. Mahlariessee's work includes skilled facilitation in both Shamanic Mastery and Integrated Healing Modalities. View all posts by Rev. Christine Mahlariessee Hayden