Posted on May 27, 2011 by Rev. Christine Mahlariessee Hayden 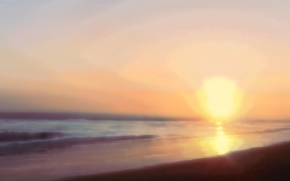 Last week’s call we were taken to Shamballa to receive blessings from Lord Buddha, Lord Maitreya, and Sanat Kumara.  Lord Adama and Lord Melchizedek both spoke to us along with receiving many gifts for our acceptance onto the pathway of Mastership.  I think we can all agree that it was an amazing journey.  Within this though, we have been given more responsibility coming into our pathway as we ascended through four sublevels of our initiations.  Wesak has prepared us for this time of awakening as we walk together as Pioneers of Ascension on this planet guiding many into their own arrival onto themselves.

This week has been a little bit easier on us with the energies within the calls.  I believe that June is going to be very intense and we need to be prepared with those energies.  In preparation for this evening I had some challenges of where we were supposed to be going with the teachings of the Golden Cities.  Lord Adama was working with me for some time and I realized that he wanted to give us more knowledge this evening about the Aghartha Network and how to prepare ourselves for the Golden Cities.

There are over 120 cities in the Aghartian Network which are based on Light and Love Consciousness and are located around the world.  These locations are being shown to let individuals know around the world that it is not just Telos that is a main focal point in assisting the Earth in her ascension process although it is the Capitol of the Lemurian cities.  There are four other cities around the world associated with the Lemurian civilization.

SHONSHE: Refuge of the Uighur culture, a branch of the Lemurians who chose to form their own colonies 50,000 years ago. Entrance is guarded by a Himalayan lamasery. Population: 3/4 million.

RAMA: Remnant of the surface city of Rama, India located near Jaipur. Inhabitants are known for their classic Hindu features. Population: 1 million.

SHINGWA: Remnant of the northern migration of the Uighurs. Located on the border of Mongolia and China. with a small secondary city in Mt. Lassen, California. Telos translated means “communication with Spirit.” Population: 1.5 million.

This week is quite different than I have seen in the last month.  Lord Adama wants each of us to be prepared and is bringing forth some information that we are now ready to hear.  We all now that the Earth is shifting and we will be ascending into Terra Christa. We are being apprised of the Golden cities that will be part of the shift.  We experienced Gobean in Arizona and New Mexico.

During the earth changes it is going to be imperative for each of us to be in our highest physical consciousness so that we can help others.  We need to fully learn about how the Telosian community is organized and the innerworkings of individuals within the City of Telos.  The Golden Cities are being based upon this criteria.

Adama has informed me that people will start to be arriving in Telos for this training period but there are pre-requisites before one can be considered.  This evening we will be going over those aspects that are needed for entryway into the City.  It has been stated previously that any individual that wanted to enter the city had to be approved by the Council of Twelve and Lord Adama.  Each person needed to be at least in their 7th level of initiation which is the initiation level Saint Germaine acquired before his ascension.  This is a very strict rule but they are making special provisions for individuals to be prepared for the masses exodus onto Terra Christa.

Lord Adama shared with me this afternoon that they are building a separate area for those individuals that are not quite within their fifth dimensional frequency to come to Telos, would be kept separate from the rest of the community, attend study groups, interact with Telosians in this specific area.  Each individual must have acquired their fourth initiation which I will describe in a short version:

It is at this initiation that the casual body or soul body is burned up and the soul merges back into the monad. The initiate’s main source of guidance from this point forward is the monad and/or I Am Presence. The soul, who has been the intermediary between the incarnated personality and the monad, is no longer needed.

At the fourth initiation, the initiate is considered a master of wisdom and lord of compassion.  The initiate is no longer a soul in prison. He has been lifted out of the three lower worlds. The initiate now works from above downward in service of the Divine Plan.  The personality life of the soul through all its incarnations is over.  The initiate is fully using the Buddhic vehicle and is operating on the Buddhic plane of consciousness.  It is at this time that the Higher Self has fully merged within the physical vehicle.

Seventh Initiation level is required to be able to come into Telos freely up to this point.  Once an individual reaches the 7th initiation they will be walking on their pathway in full Mastery:

The seventh initiation is freedom from the hold of the phenomenal life of the seven planes of our planetary life.  It is in reality a lifting out of or above the cosmic physical plane.  It is a merger with the Divine or Logoic plane of consciousness.  The will of the Master becomes perfectly merged with that of the Planetary Logos.  The son or daughter of God has found his way back to the Father and to his originating source, that state of existence called Shamballa.  The Master has become a concentrated point of living Light.  He or she has the right to come and go in the courts of Shamballa.  It is within the seventh initiation that one receives their full Light Body, 22 chakras and fully access their I AM Presence in their consciousness.

Please note that the lower ego, and lower mind need to be replaced with the Higher Mind, Ego, and Heart.  One that is having challenges in receiving this level need to work on these areas.  In addition, the lower chakras on the 3rd dimension fully have to be cleared in order to receive the higher frequency of chakras available.

Many people will be arriving in Mt. Shasta within the next year to prepare for this training.  Not all will be allowed to enter Telos, but just being there doing the work is going to make a difference.  If you are planning a trip there soon, please know that it is no mistake.

The plan with the additional space of the 4th Initiation means that eventually we will all be in Telos for the birth of the New Earth.  This is a fact that Adama has shared with me today. I know many people have felt this but preparedness is our key word.  He will elaborate more on this in the channeling.

We will be traveling to Telos this evening and possibly another city to get a feel of what is involved in the dynamics of living in a cooperative society.

Decree:  Preparedness for the Golden Era

I stand amongst many Souls of Light;

I have traveled far and wide to arrive in my destination;

I am on a pathway onto the Golden Era,

I have been searching for a very long time, it seems;

Since the time of my birth into the body I now inhabit;

There has been an awakening of my spirit onto the world;

Sometimes the pathway was clouded, other times it was shining brightly;

I have removed many obstacles within;

But there may be more to climb.

I walk towards Mt.Shasta as I feel I am guided to be there;

The City of Telos is a remembrance of my Lemurian lifetime;

It helps me to realize the beauty of life within me.

I reach my hand out to Lord Adama;

He says, “Welcome, My child, Your journey has been long,

You have arrived at the place that will allow you to arise onto your destiny,

Look around you, there are many here with you,

We study, we play, we enjoy each other.”

I now fully remember the life of my purest essence;

I am empowered, reflecting my true self;

I now know my pathway of sharing to others is a powerful one;

And I accept it with moments of bliss, joy, and expressions of love.

I have arrived home;

My soul family is with me as we band together;

For the Mass Exodus onto the Golden Era;