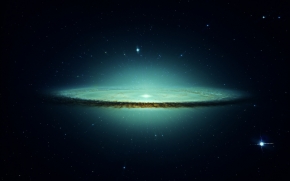 We were honored with the presence of Ashtar Command, Star Fleet and Mikos, of the Hollow Earth as they greeted us in Telos for an evening of vibrancy of the Galactic levels.  The following is our discussion before the meditation and channeling.  The recording is available via “Circle of Light Audio” or clicking the tab above entitled, Circle of Light Audio.  The transcription will be provided shortly.

In Expressions of Oneness,

This week we are being honored with the energies of the Galactic Forces, All Star Nations along with Ashtar Command, and Mikos in the Hollow Earth under theAegean Sea.  The previous two weeks we were honored with information about the City of Gobean over Arizona and New Mexico.  El Morya gave us a tour and then the Elohim and Archangels shared with us the inner core and dynamics of the City which represents our Personal Power and Will.  Ashtar Command and Mikos will be sharing some knowledges and information about the cities, building of them, their work with the Telosians, and their connection with each of us.  I feel it will be a very powerful link between the Inner Earth and the Upper Earth.

The energies this week have been more integrating and heart centered.  I believe this in preparation for Wesak which is next week, the 17th of May.  It is important to take the time for yourself deeply during the process.  Wesak is a time for each of us to fully accelerate into a new space as we work with each of the Masters to do so.  I suggest re-energizing ourselves with some nurturing aspects during this time.

We will have a small ceremony on the next call of the 18th for Wesak by honoring Lord Buddha and Sanant Kumara.

Information on Mikos and the Hollow Earth excerpted from “Telos, by Dianne Robbins”

Mikos resides in the Hollow Earth in the City ofCatharia below theAegean Sea offGreece’s mainland.

He is the Guardian of the Earth’s records and all records in the Solar System and Universe in the Library of Porthologos.  These books are living records of life.  There are mini theaters all throughout the library were one can sit in comfort.  It is the best way to learn about life in the Galaxy and feel as if you are part of the experience when it occurs.

Mikos and the community in Catharia are from many galaxies and represent the Inter-Galactic races from another star system in the Milky Way Galaxy.  They engaged in battle that brought great destruction to planets.  They left their Solar System and traveled to the Hollow Earth.  They found open tunnels leading into the cavity inside which existed from other civilizations.  It is in the Hollow Earth that they work with calling upon the Light to stop the influx of destructive ETs looking for space upon the Earth.  The Ashtar command has fully protected the Earth at this time so that all can live in peace.

The Ashtar Command is the airborne division of the Brotherhood/Sisterhood of White Light comprised of a group of Extra Terrestrials guided by Commander Ashtar and the spiritual guidance of Lord Sananda.  It is composed of millions of Light Beings from other planets, angels, and light forces on the Etheric level making up the Star Fleet.  They are here to assist in the planetary evolution of Gaia into her ascension process, protecting and guiding all beings located on the planet and making sure there is safe entryway into the 5th dimension.  There are a 144,000 light beings within the command to assist Earth in her entryway onto the higher realms.

I Am One with Ashtar Command & Mikos, of the Hollow Earth

In the grand scheme of Creation,

God intended for each of us to be parts of the whole;

We are humans, we are extra-terrestrials, we are light beings, and many more;

We look to others for guidance,

In this moment of my Creation.

I ask for the Star Fleet Command to oversee my pathway;

They send me Ashtar Command who is the leader of all the Galactics;

He comes to Earth to assist our ascension process with Gaia;

Ashtar says to me, “I Am Here for You, We are all Part of the Oneness Together;’

He shares his knowledge of the Galactic Forces of the Universe.

They are guided by the energies of Lord Sananda;

Many beings, many energies, create wholeness within;

He then says, “But we are not alone.  I would like introduce you to Mikos, in the Hollow Earth;”

Mikos comes forward and I am in awe of his Beingness,

He brings the essence of all things, of Light, Joy, Serenity, and Great Strength;

Mikos is the Guardian of all the Earth’s Records in the Library of Porthologos.

I am honored to walk with both Ashtar Command and Mikos;

They teach me of the higher technical advances of Light;

They also impart to me their protection of Mother Earth and all of us inhabiting her lands;

I feel safe with both of them.

They are my guides just as the Ascended Masters Walk with Me;

I am excited to connect with Ashtar and Mikos;

True Leaders on the Team of Light;

Their presence is astounding and their energies amazing.

We now work with each other to assist everyone to believe in all aspects of Our Creation,

I am One with the Team of Light;

As we walk into the New Earth;

Expert in Ascension Mastery 5D Body Healing & Attunement ~ Rev. Christine Mahlariessee Heliohah. As a Vibratory Ascension Master transmit required vibrations via voice communication, and energetics through their unique form of teaching. Rev. Mahlariessee (formerly spelled Meleriessee) is a 30-year trained Master in the accurate and correct development of Ascension Mastery having been ordained personally by Dr. Joshua David Stone (Master Joshua Stone). A Fully Integrated Transmitter of only the purest Divine Vibration to bring forth the highest frequencies currently available for humanity. Rev. Ara incorporates these elements to hold the grounding necessary for the transformational energies to be accessed upon Gaia. The energies act in unity to assist an individual realize the I AM presence and Higher Self within in ways not achieved through other forms of Spiritual practice or study. Mahlariessee's work includes skilled facilitation in both Shamanic Mastery and Integrated Healing Modalities. View all posts by Rev. Christine Mahlariessee Hayden

7 thoughts on “May 11th, 2011 ~ Ashtar Command & Mikos, of the Hollow Earth Introduced into the Circle of Light”